A protest is a viable tool used in pressing for one’s claim, be it in the capital market, political arena, family ties, or any happenings in the polity. This instrument called protest has always succeeded in charging necessary authorities to efficiently discharge their duties in saner climes without putting agitators’ lives on fire.

In all honesty, it is normal and generally acceptable to speak peacefully in one voice against certain irregularities we perceive where we abide. Taking a critical look at the trend, significant protests with substantial bases that had happened worldwide had recorded success or at least passed some messages to the concerned group.

Demonstrations always stem from different issues. Many have common threads, like speaking out against racial injustice, ending rape culture, price hike in essential goods, and calling for systemic reform.

On Sunday, 31st of May 2020, demonstrators started a fire as they protest the death of George Floyd near the White House in Washington with the simple aphorism; BLACK LIVES MATTER. Now and then, protests have always happened in the United States, Hong Kong, and Canada.

Protests have been powerful political tools for enacting change. With social media’s help in this 21st century, concerned minds have also gotten the avenue to air their views on troubling predicaments confronting their fellow humans. A perfect example was how public figures like Hillary Clinton and Mesut Ozil joined hands with Nigerian youths to call for the end of a Nigerian police unit, SARS, tagged the EndSARS protest.

Can protest solve anything in a third world country? Hell NO!!!

Protest during its early stage in third world countries always has a clear direction, but as time goes on, the brick often shifts.

Developing countries, particularly in Africa, are impulsive to lodging complaints; this is so because the system’s inadequacy and injustice are evident. Meanwhile, citizens pounce on every opportunity to make their voices heard, thereby forgetting their movement’s core.

A perfect example is the #EndSARS protest; Nigerians deviated from the protest’s core to call for reform, overhaul, and agitations that are genuinely far-fetched.

In third world countries, there are three main groups of agitators;

The Real Nationals are the first-time initiators of a protest; they are equipped with the needed ideas, directions, and motive to press for their claims, and they do so peacefully. The audio talkers would not participate in the agitation; instead, they support passively while talking.

The hoodlums would hijack the protest from the real movers, seize control of the process to cart away resources, or achieve a purpose other than its intended initially one. This purpose is often dreadful. The destruction of properties, national heritage, government functionalities, and private businesses, particularly in Lagos, Nigeria, is one critical stand against the staging of protest in a third-world country like Nigeria.

If you still think that protest is a better bet in a developing country like Nigeria, try to consider the danger of evil politicians who’ll see the unrest as a time to unleash mayhem and bring down the government of the day.

This is detrimental because a country will remain stagnant regarding development when sponsored interest groups join the protesters.

Meptweet does not say that protests shouldn’t be devised to get what we need from authorities. What we are saying is that we should consider these three factors before deciding on staging a protest.

What The Electorate Wants 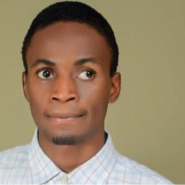 A Real Journalist, a Sane Community

How to Prove Your Worth to The World